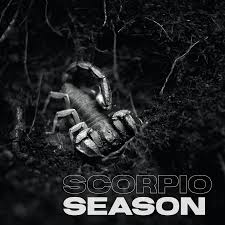 In Washington DC; on H street avenue. I’m on the eleventh floor of the Pod DC hotel in Chinatown. It’s 4 am in the morning you can hear the sirens every 15 mins racing throughout the intersections, metro buses engines roaring and voices conversing as if it was rush hour. Not too different from the world I grew to know in Atlanta Georgia for sure. I got the radio playing WHUR 96.3 fm loud enough that I could hearing the musical instruments whispering in my ear.

Of course I’m lying in the dark looking up to a pitch black ceiling, with my one hand slightly between my skin and the elastic on my briefs. My mind was re-playing some of the events I saw today; some were unusual and strange and some were people trying to survive in the streets.

I was standing inside of a Walgreens buying some beer when there was a lady outside sitting in a wheelchair asking everyone would gravitate towards her for change. She was wrapped in a blanket because it was cold. I didn’t know she bare naked under the blanket. Then out of the blue she stood up and proceeded to put panties on in broad daylight. There were kids walking around and they were looking in amaze. I was totally caught off guard and turned my head feeling embarrassed. Once I left the store and walked by her and I realized she was a displaced homeless woman and mentally she didn’t have herself together.

I feel bad that tonight because they said it suppose to drop below 32 degrees and from the looks of it ; this lady was confined to this wheelchair with no place to go. I didnt want to make a scene by walking over to her and giving money to a homeless naked woman. So I left.

On to the next adventure for Tonight, I’m headed to a music event at the Blues Alley to hear some live blues music. It’s in a promenint area of DC where allot of undiscovered artist has been discovered and performed on the gritty street corners. In the next two hours it will be breakfast time, this is when all the club goers come together to feed those hungry cravings.

The entire time I’ve been on this trip , I have been with Mary my current girlfriend, notice I haven’t mentioned her until now. Our birthdays are on the exact same month and day. This trip was pre-planned, but I broke up with her 3 weeks ago for lying and what I considered cheating. Neither one of us wanted to waste money, so we decided to take the trip anyways. She’s been on her phone the entire time, and honestly I didn’t care.

She said she was tired and didn’t feel like hanging out, so I went out alone. That’s how I met, Valencia Jefferson aka, “Red Butter” at the Kats and Kittens adult bar. Since Mary wanted her space , I utilized my time to see some exotic strippers in action. I need some excitement, and I didn’t even have to spend any money.

Happy birthday to me though!