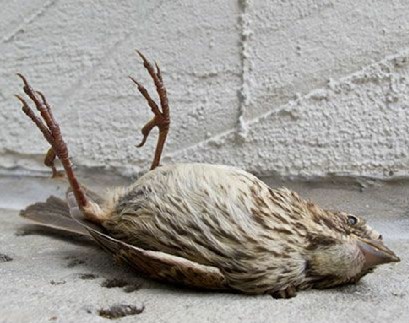 Deuce “Bird” Fletcher was a name the streets ran from, was a name that nobody wanted to cross paths with. His background spoke for itself; the outside of him look like a normal African American male that had his shit together and in order. He was clean-cut, always smell good; wearing the newest colonge, clothes were casket Sharp but he was a psycho, a pathological liar who would kill a man at a drop of a dime. Known to tie bricks to a man’s ankles and throw him off the spaghetti junction bridge during rush hour traffic. This negro was a monster; a nightmare you would only see in your dreams but would have you waking you at 3am in the morning pissing in your clothes.

Though he represented Atlanta Georgia to the fullest; no one knew his background, where he was born and raised ,who his parents were or even if he had siblings. Not to mention if there were any offsprings he fathered throughout the years; society could only pray there wasn’t another one like him anywhere on earth.

Every relationship he has ever had with a female would only last 6 to 8 months before they would pack their bags and relocate to an unknown state; due to the type of individual he was capable of being.

Revenge to him was like an appetizer on a menu; you will get served what you deserve.

The other day a motorist cut him off by running a red light and he followed the vehicle until it came to a stopping point; their residents. He stood their at the driver door as the gentleman roll down his window in fear. Without saying a word he tasered the guy, “now you will think twice about cutting someone else off.” The man slumped over in the front seat as if he was having a seizure. Bird put the taser back in his coat pocket, got in his car and drive off like he was just visiting for Sunday dinner.

No one knew about the other personality of Bird that always seem to bring him to a much needed calm state of mind.

5 thoughts on “Dirty bird by A.Dakala”