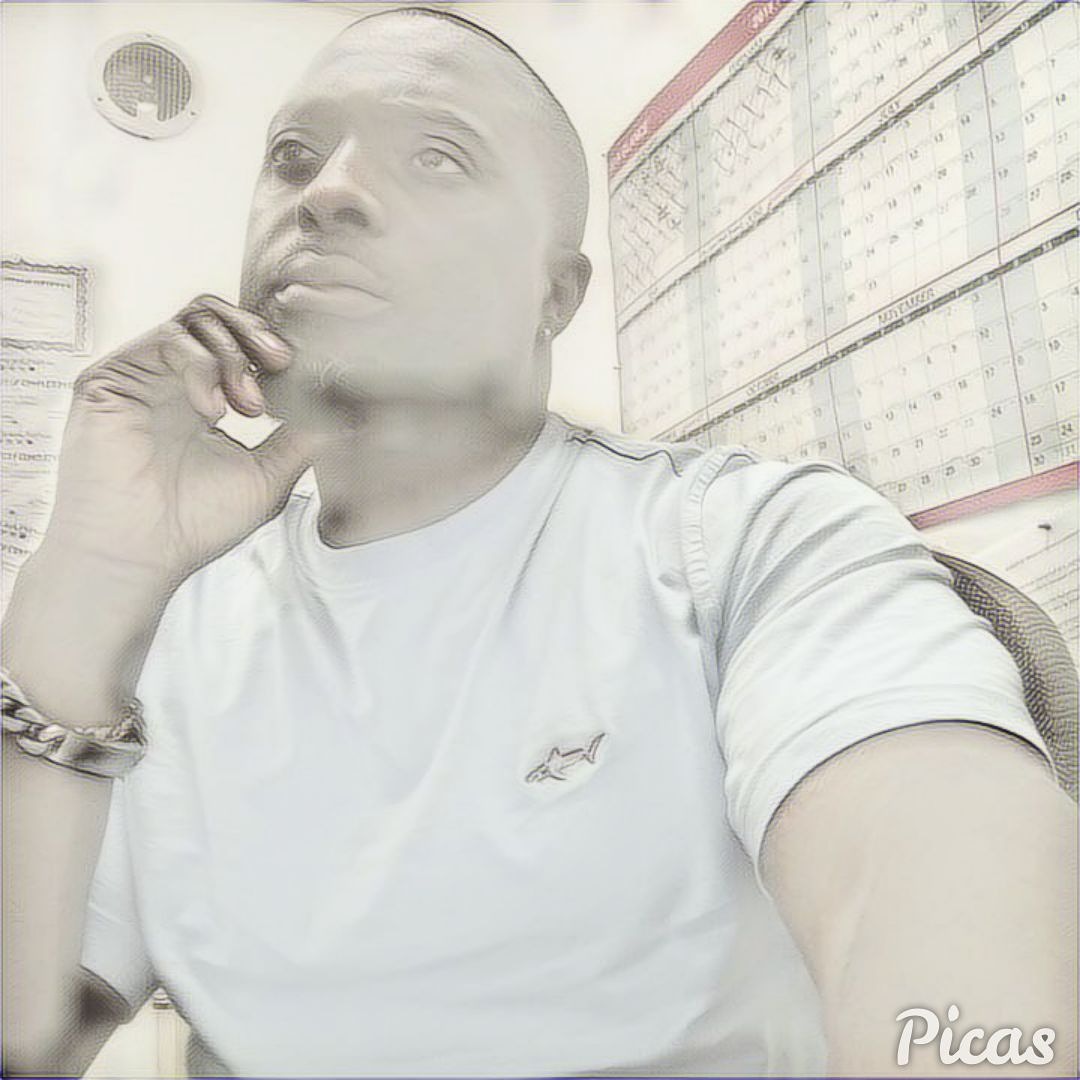 Like clockwork, the ladies meet up every morning at Star Bucks for coffee, then walk a block to the Internet Cafe’ to meet up with about ten other ladies for their daily book club readings. Some of the other ladies have children, unfortunately none of the sisterhood women have kids as of yet, but all are working overtime in the bedroom to produce a few. Every day the same city workers wait to see the ladies approaching, you should hear some of the comments; nothing negative, but the girls love the compliments never really taking them to heart. As they approach the Café’ door, one of the gentlemen crosses the street, damn near stopping traffic to open the door for them. “Aww thank you, you’re such a sweetheart”, Megan said. “I have a question ladies, everyday ya’ll come to the Café dressed like models, smelling good, I see you all have rings on your fingers, how can I find a woman like you?” says the man. Alisha was the only one that spoke up, “well you will know when you find her, just remember in relationships there are no secrets, lots of love making and great communication; then a relationship can conquer anything” says Alisha. “Without anyone of those you’re just fishing in a sea for another fisherman to take your fish”. The worker just smiled as the door shut. The other girls just died laughing, “fishing and fisherman, girl you’re crazy as hell”. “Its true ladies, we have to keep our men happy at all times, look how we Live; what woman doesn’t won’t to get up in the morning; get all dolled up and not worry about going to someone’s job everyday?”says Cathy.

“Damn, I left my book in the trunk, now I have to walk back to the car” says Megan. “Girl I will walk with you, don’t want you finding one of the city workers attractive”, said Alisha.” Girl I got my man”.

The city workers were busy working this time; a few looked up and smiled. No one said anything to the Alisha and Megan, but they definitely looked as they wanted the attention.

“Wait for a minute, let me smoke this cigarette before we get to the car” says Megan. She leans across the parking deck rails looking down below. “Alisha come here, isn’t that Juan’s car right there, don’t he have his name on the back of his car?” “Girl that is him” says Alisha. Minutes later, Juan walks out of the Waffle House and there’s a chic right behind him. They walked towards Juan vehicle. Megan takes a picture of Juan and the chic as she held on to Juan’s arm. He opens the car door for her and gives her a kiss. The Chic smiles. Alisha and Megan looks at each other in amazement.

As things wrapped up, Samantha suggested they all go over to Lenox Mall and sit at the Cheese Cake Factory for bunch. Cathy notice something wasn’t right but figured it was just something personal. Alisha and Megan both were making eye contact with Samantha like how in the hell are you going to pull this off. Samantha’s quick thinking kicks in. “That couple sitting over there, doesn’t even look like they should be in here, he probably sneaking around” she said. “Girl you need to stop, you don’t even know them” Cathy said laughing. “So girls tell me, if one of you were out and seen my man hugged up with another chic, would ya’ll tell me?” At first no one said a word. “Samantha would you tell me?” says Cathy. “Why you ask me first, ask Megan or Alisha first”. “Samantha, you my girl, you all my girls and I never want to see any one of us hurt, but if I did would you believe me?” “Yes, I would because we are all so much alike and we all have a lot in common” says Samantha. Alisha eyes grew watery and decided to excuse herself from the table. “What’s wrong with Alisha is Joseph having an affair with someone?” Cathy whispered. “No…..but we think Juan is though”. “Juan fucking who, my husband Juan?” “Yes” “Cathy, Alisha and I saw him at the Waffle House when we walked to the car and he came out with some white chic, kissed her and they left in his car”. “Wait, wait, wait, my husband Juan?” Megan pulls out her cell phone and shows Cathy the picture she took. Cathy pulls out her cell phone, no Cathy don’t call him, you got to think smarter, right now your upset and mad. Cathy comes to her senses after a few seconds, Alisha returns and she seen the pain in Cathy’s eyes. “Girl I’m so sorry, we will get through this together”. They all joined hands and prayed. They knew that all of the husbands hung out together and there was a possibility that there were more women about to surface. As a group they decided to monitor things in their own households without saying a word.

As they departed, Cathy tried her best to keep it together, not to break her everyday routine at home. But deep down inside she was boiling like a volcano ready to explode at any minute. “I know his cheating ass will want some sex tonight, I just may cut his penis off” she says to herself. Thoughts were flowing, retracing some of Juan’s actions in her head, the times he said he was working late or had to step out to go back to his office. A month ago, she was picking up his suites from the cleaners and the clerk gave her a receipt that he left in his blazer for a lunch at Pappadeaux’s; he never takes his clients out to that restaurant. Her mind was just racing, so much so she ran the red light, and was t-boned at the intersection by pickup truck.

Cathy could barely open her eyes looking up at the ceiling of bright lights, and a room of voices sometimes over shadowed by the monitor to her left beeping every few seconds. She could feel someone holding her hand but was unable to move her fingers. It took a few minutes until her vision cleared. “Baby can you hear me, it’s your husband” Juan said. “You were in a car wreck, but don’t worry you going to be okay”. Cathy closes her eyes, as tears ran freely down the side of her face. A nurse practitioner started changing her IV fluids; she started to get a little feeling in her neck. Dr. Mason walked in the room, Juan was still holding Cathy’s hand. “How are you feeling young lady, you had all of us scared there for a moment?” says Dr. Mason. Cathy still under heavy medication, just stared at Dr. Mason. “I will to let you and your husband know, there’s nothing that time won’t heal, you have a broken collar bone and a few cracked ribs”. “Right now, you’re under some pain medication that will start to wear off and you may regain some feelings back soon”. Dr. Mason pats Juan on the back, “You married to a tough cookie, take good care of this special lady” he said. Juan just smiled from ear to ear. Cathy’s visual was slightly clearing, as she looked over at her husband; she notices he wasn’t wearing his wedding ring. Still unable to completely speak, she just turned her head. “Baby I’m going down to the gift shop, I will be right back” says Juan. As Juan was leaving, her girlfriends were peeping in the room door window, “Can we come in?” “How is she doing?” Juan pulls them to the side and gives them an update on her prognoses. As he exited the room, all of their concerned looks, turned into angry faces. “Girl did you see that Negro didn’t even have his wedding ring on” whispered Alisha. “Shameful ass” “I can hear ya’ll bitches” Cathy mumbled. “How are you feeling Cathy?” She mumbled “Okay’. They all gathered around her bed side and just prayed and prayed. Minutes later Juan walks back into the room with a boutique of flowers and balloons. This time he had on his wedding ring like no one saw him without it. Everyone talked with their eyes, Megan glances down at Cathy; she just shook her head slightly.

An hour had passed, there were Nurses coming and going out of the room. Juan was still sitting in a chair by Cathy’s bed. “Juan have you spoken to Curtis today, I been trying to call him but the office said he’s been in meetings all day.” Alisha said. “No, I haven’t had a chance to call none of the guys, once the hospital called me I drove straight here” said Juan. “Excuse me”, Alisha’s phone was buzzing, she stepped out of the room to take the call. It was her husband Curtis. “Baby are you at the hospital, I heard that Cathy was in an accident” said Curtis “How do you know?” said Alisha “Juan called me and told me a few minutes ago; we talked for a long time” “Oh really?” “Curtis just doesn’t know he just started a war” she said silently to herself. Once Alisha got back in the room, the other women knew whatever the call was about, it wasn’t good. Juan had to run back to his office and said he would be back. Cathy’s medication started to wear off more and more; she had her eyes open at this point, but still in a lot of pain. As soon as Juan left, Alisha went into a brief rage, “Those guys are hiding something, but none of the lies is on the same page”. She said. Megan and Samantha knew it was just a matter of time before their situations started to crumble. A few hours passed, neither Samantha nor Megan’s husband, even showed up at the hospital to see Cathy. Cathy on the other hand had fell back to sleep after taking more pain medication. Alisha called Curtis again to let him know she would be leaving soon, but he didn’t pick up the phone, but when she texted him, he immediately texted right back. “Ladies I’m going to go home, I may come back later to check on Cathy” said Alisha. I could tell by the gloomy look in her eyes that something was bothering her deep down. Samantha and Megan watched Alisha walking down the hall way, still looking at her cell phone every few steps. “It’s hard to imagine being with a man for ten years; for him to start cheating”, Megan said. “Hell I wonder where the hell are our men”, said Samantha.

Alisha goes straight to Curtis’s office. The receptionist looks shock to see her there. “Where’s my husband?” He’s not here today. “Earlier you told me he was in meetings all day. So which one is it?” he in meetings or not here?” says Alisha. “Curtis took the day off on a personal matter that’s all I know, he advise everyone in the office to take a message for anyone that calls, even his wife”.